The NFT hype continues to show its inevitability as major social media platforms are making their moves into the NFT space. Twitter, Meta, and most recently, Reddit, have all launched NFT-related features on their own platforms. We are also seeing a similar trend taking place on a local level, for example Woilo, which recently released a new feature that lets its users easily create NFTs.

The Surabaya-based social media company claimed that users don't need more than one minute to create NFTs on its platform. The feature only requires Woilo users to upload their content as usual, and from there, Woilo will take care of all the processes needed to turn the content into NFT assets.

All NFT assets in Woilo are tradable using rupiahs (IDR). This is primarily crucial as Wolio's intent is to make the entire process simple, and involving cryptocurrency with all its complexities certainly doesn't fit the vision. As of now, all NFTs are sold through an auction system, with starting prices ranging from 10,000 to 100,000 IDR set by each NFT creator. 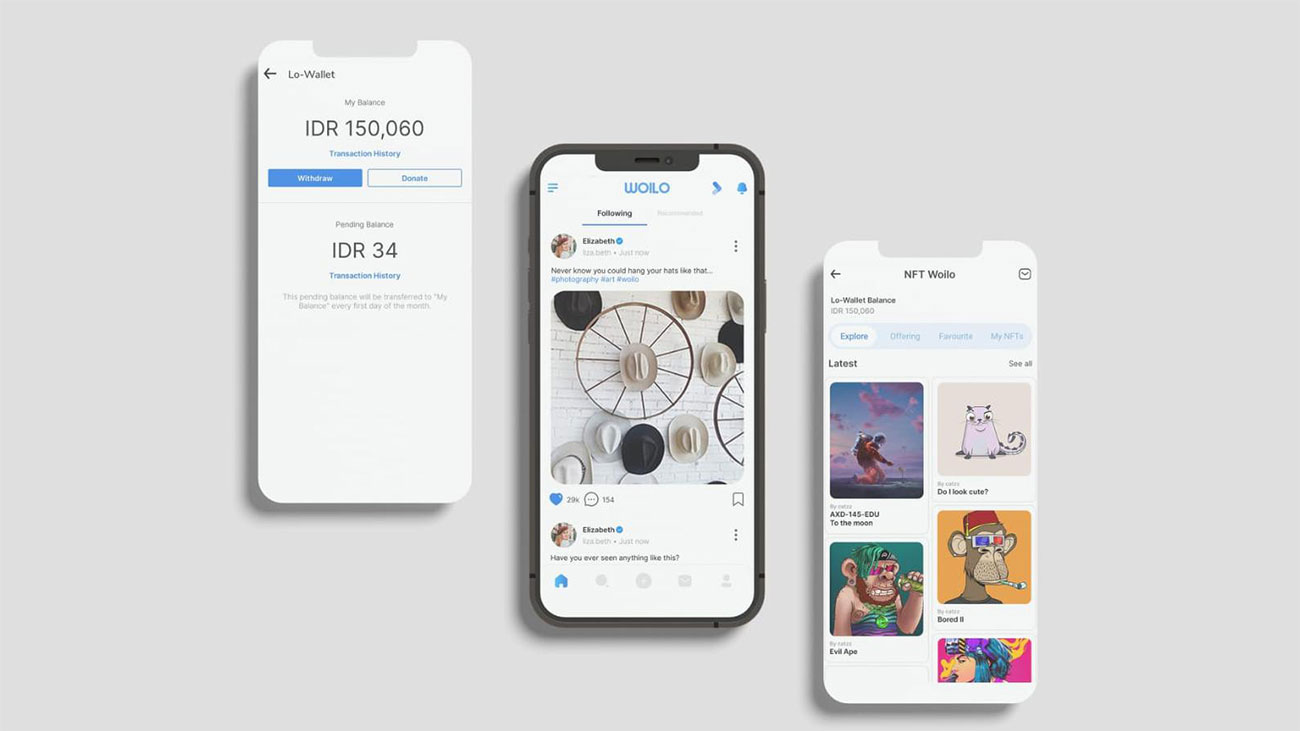 Unfortunately, some essential information regarding the NFT feature is currently unavailable, like what blockchain Woilo uses. However, in announcing the new NFT feature, Woilo said that it plans to list selected NFTs from its users on OpenSea, which leads me to assume that Woilo uses at least one of the four blockchains that OpenSea is currently supporting (Ethereum, Polygon, Solana, and Klatyn).

Another interesting note that I'd like to point out from my brief time trying the NFT feature is that, Woilo claims it has a moderation team that will vet all NFTs submitted by users — presumably to filter out content that is not safe for work (NSFW) or even plagiarized content. However, I managed to list my photo as a purchasable NFT in under a minute after uploading it, unintentionally proving Woilo's main claim in the process.

One of Woilo's main missions is to allow everyone to become content creators. And with this NFT feature, Woilo is essentially enabling all of its users to directly monetize their content without relying on other platforms.