Indonesia is home to many fascinating NFT collections and projects, here are 10 you shouldn’t miss

Despite being fueled by viral sensations such as Ghozali Everyday, the NFT craze in Indonesia is actually home to many fascinating NFT collections and projects, with amazingly talented artists and creators dedicating themselves into the space. While nothing can yet be considered blue chip, there is always the potential to go into that direction.

In this article, I have listed 10 exciting NFT collections coming from the archipelago country. Some of these are projects with clear roadmap for the future, but most importantly, all employs great art direction that further highlights the prospect of the industry in the country.

So, without further ado, here are 10 Indonesian NFT collections you should be paying close attention to. 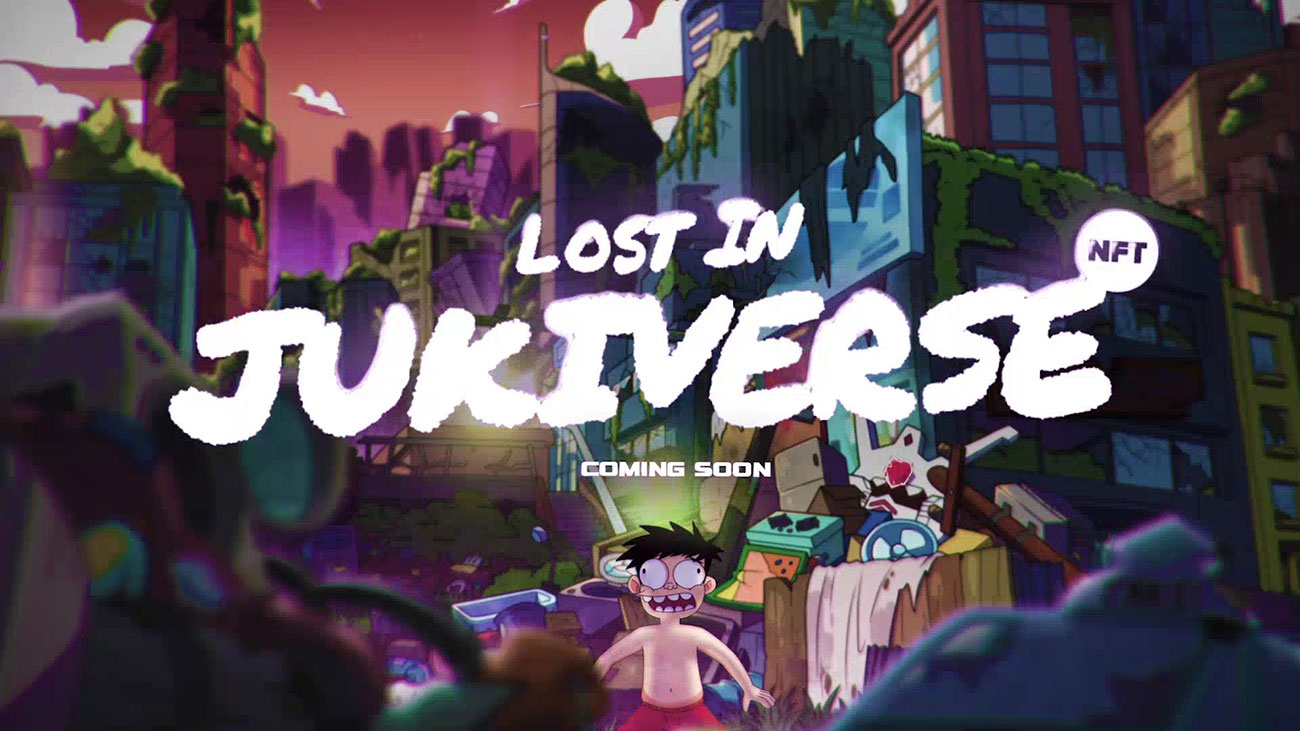 Jukiverse is a great example of a very successful comic series turned into a prospective NFT project. Even before joining the Web3 revolution, Si Juki is already a very popular character among Indonesian youngsters. The comic series started in 2010, and has since being adapted into other mediums, including an animated web series released on Disney+ Hotstar.

The Jukiverse NFT collection includes 100 unique, hand-drawn, non-generative characters by the original creator of Si Juki, Faza Meonk. The characters are actually Si Juki himself cosplaying as various pop culture personas, all sold out in mere hours after minting. Faza also collaborated with many local artists to create another collection, Jukiverse X. A massive upcoming collection titled Lost in Jukiverse is expected to launch soon, with 3,456 'lost Jukis' available for collectors. 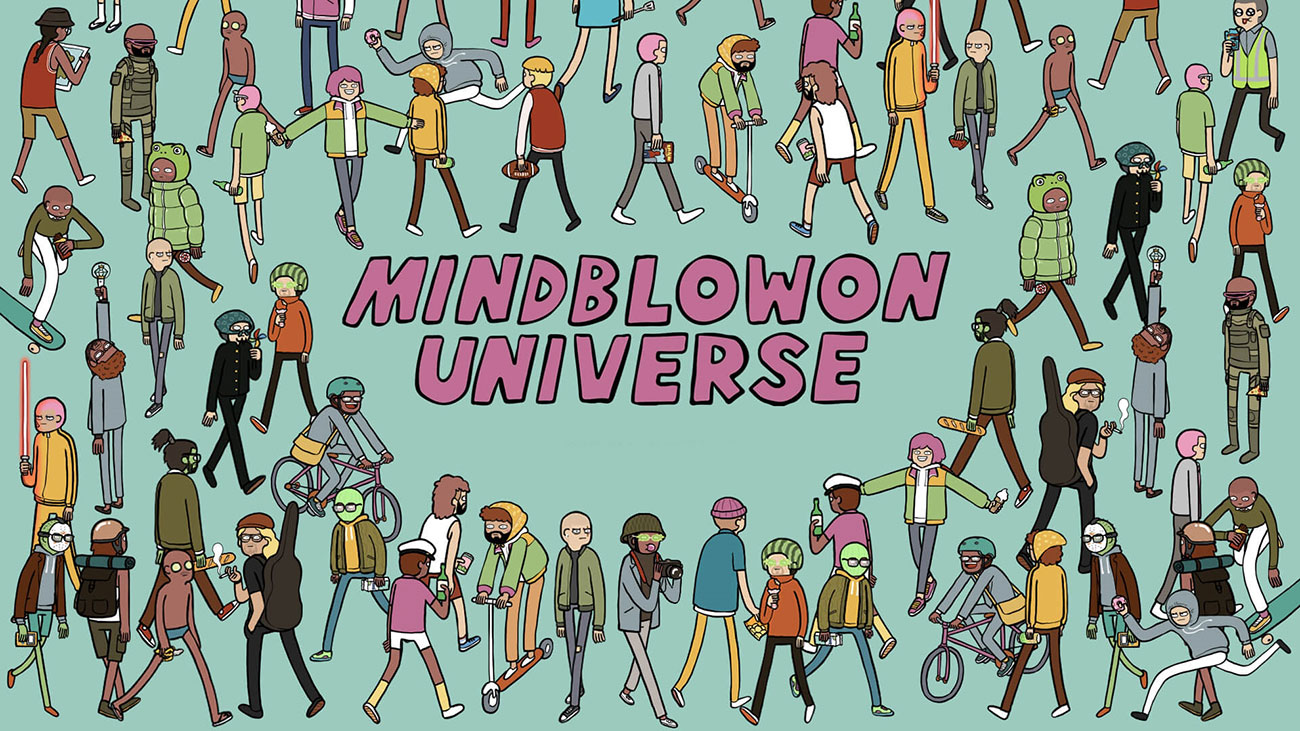 Mindblowon Studio started as a lone artist creating a comic strip series called Tahilalats (Indonesian for skin mole) in 2015. It has since evolved into a distinguished comedy brand and IP that expanded its business into many other areas of creative work. The latest feat is of course focused on Web3, with the Mindblowon Universe created specifically for the metaverse era.

The collection is made up of 6,969 NFTs, with a signature illustrated style that is unmistakably Tahilalats, based on some sneak peeks that the team has provided. The team has exciting plans in its project roadmap, including contents that will be made specifically for holders, as well as activities prepared for the broader community.

Karafuru is a collaboration project between Museum of Toys and renowned local NFT artist, Wede. The project successfully took the Indonesian NFT community by storm when launched in early 2022, with a genesis collection featuring 5,555 generative NFTs that blends an awesome mix of colors with kooky character designs.

The project apparently gained enough traction that the team is able to collaborate with reputable brands such as Hypebeast and Atmos, to work on another collection called Karafuru 3D. This collection consists of 15,555 3D, metaverse-ready avatars that are promised to be playable in existing metaverses like the Sandbox, the Worldwide Webb, and the Ape Land. 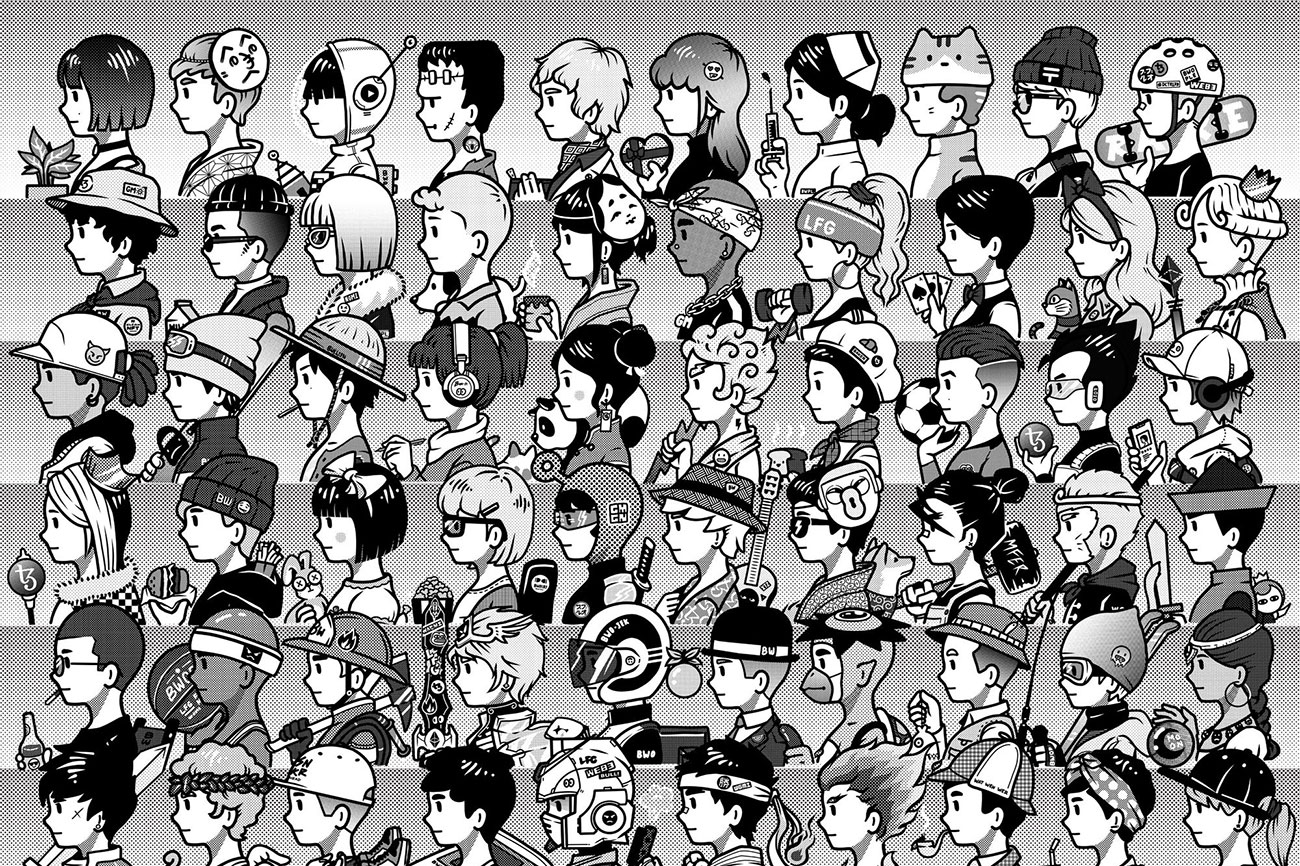 Bwople by local artist Gengoya is definitely something else. The PFP NFT collection comprises 297 digitally hand-drawn, non-generative characters. But the best thing, especially for dedicated collectors, is that every Bwople is 1/1, which simply means that there can only be one collector at a time for each Bwople.

The character design looks great, and each one is designed to be gender- and expression-neutral, with deliberate black-and-white colors so that the character can appear neutral across a wide range of visual abilities. Some utility aspects are also offered for Bwople holders, including a few unlockable goodies. 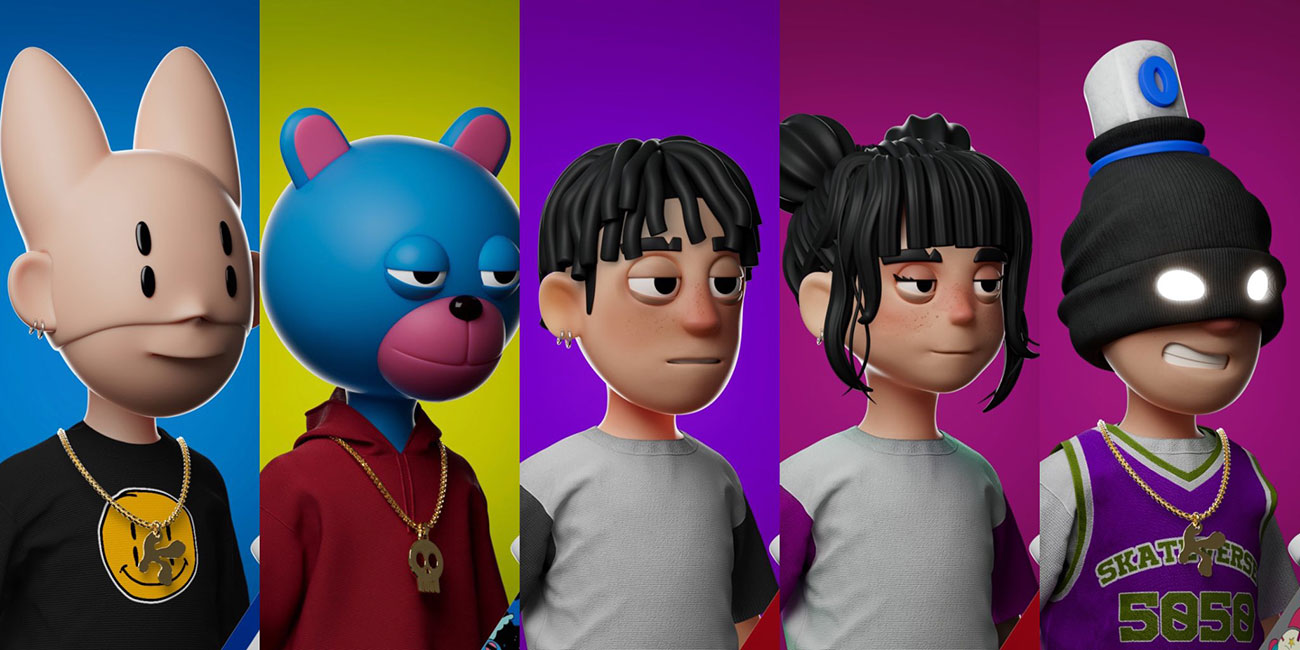 As the name suggests, 5050Skateverse is an upcoming project dedicated to the skate culture. Created by local artists Gogoporen and Royes, the collection will feature five base characters, all presented in various outfits and decks. Two of the characters — Aokuma by Gogoporen and Kampred by Royes — have actually been drawing some attention from the Indonesian NFT community.

According to the creators, the goal with this project is to create a real "skateverse", where skate and street culture enthusiasts can gather and build a strong community that overcomes geographical challenges. 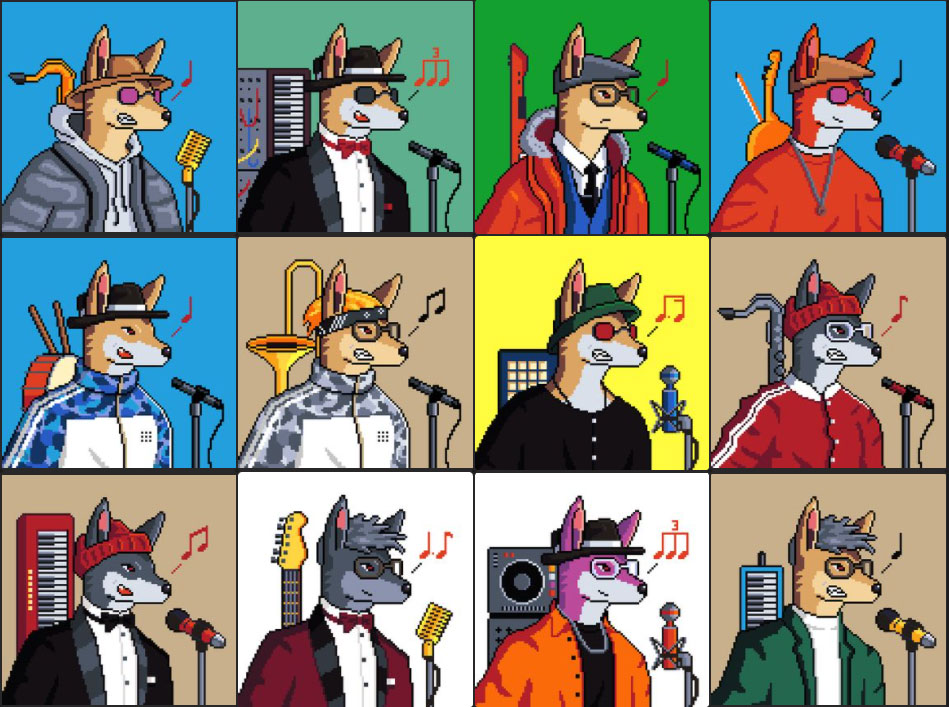 Musical Jackals is a PFP NFT collection created by musician-turned-pixel art enthusiast Indra Aziz. The collection features 333 hand-drawn jackal characters. All characters are 1/1, and some have higher rarity levels than others. While the collection has no roadmap whatsoever, it's still a fascinating piece for anyone who believes in freedom of expression and diversity through music. 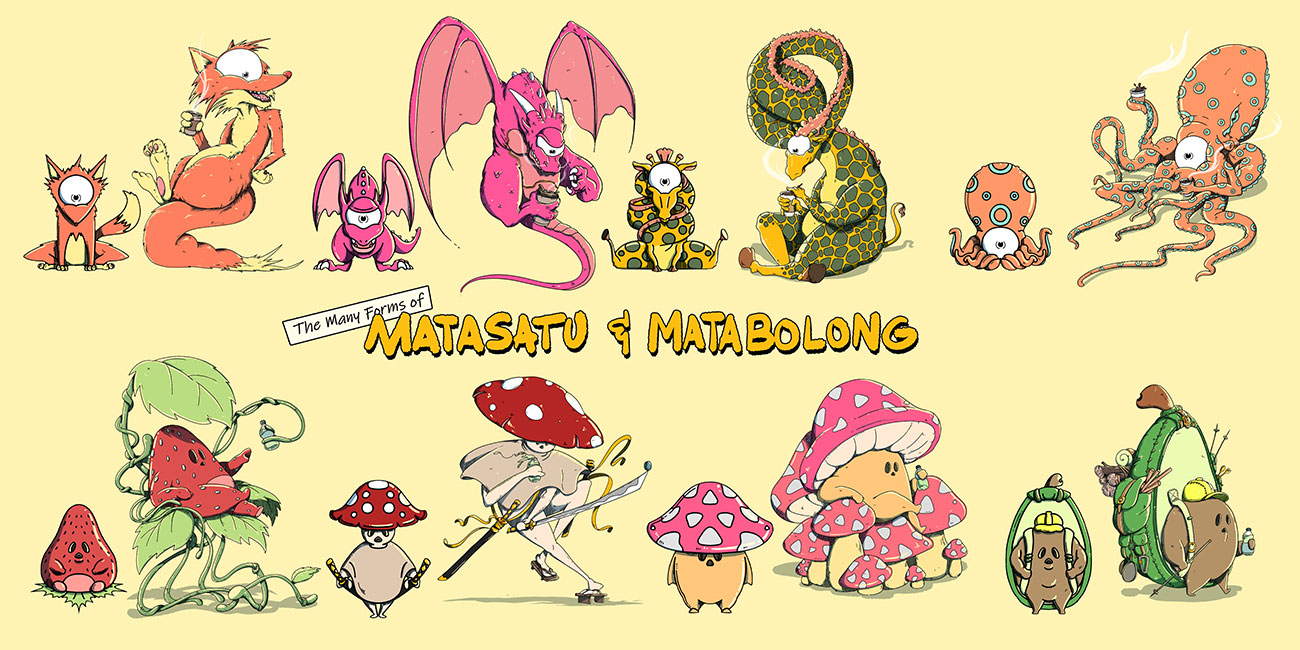 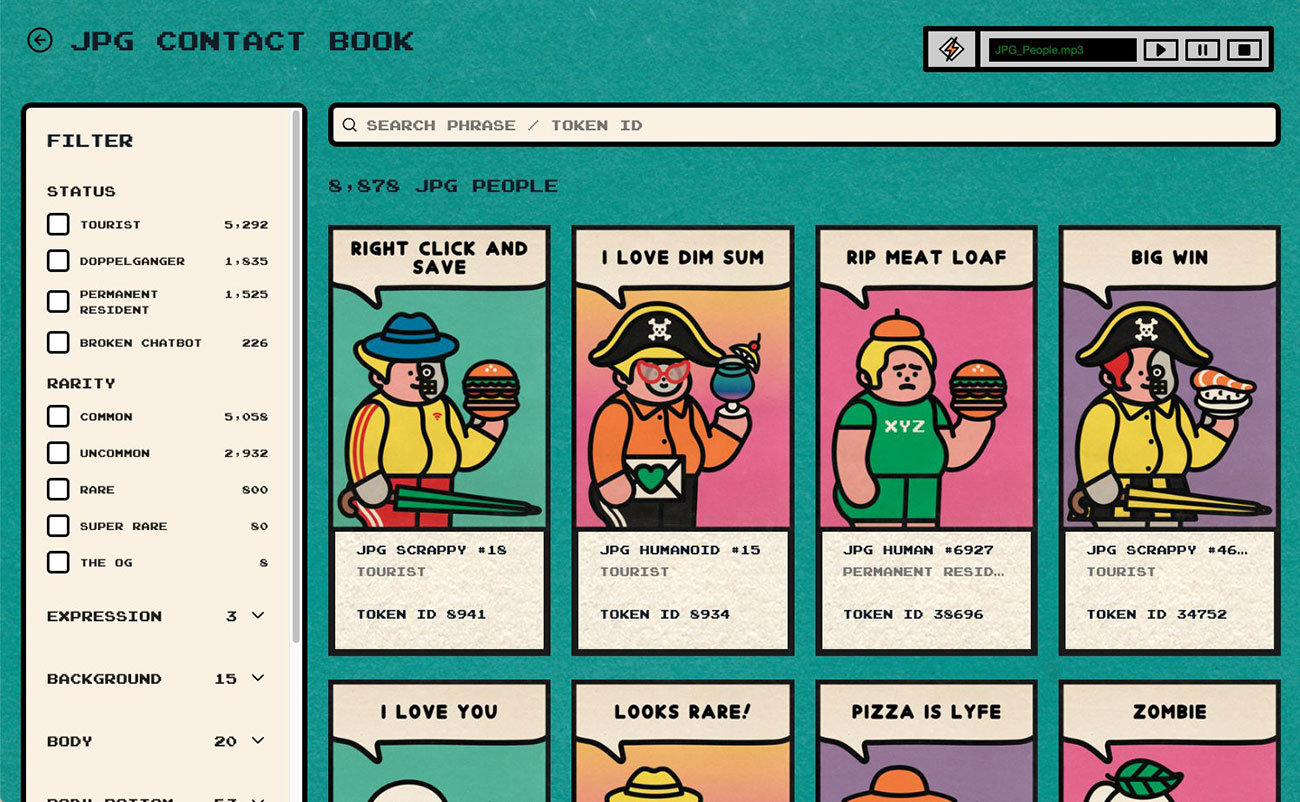 JPG People is a collection of 8,888 whimsical, word-based AI-generated NFTs created by local artist Debbie Tea. The characters are composed from over 600 traits, with facial expressions and items put together based on people's messages and their vibes.

The unique thing about JPG People is how holders are given a 'second chance' after minting. Through JPG People's website, holders actually have the opportunity to modify their NFTs for free. They can type their own phrase, and then the face, or sometimes the character as a whole, will change accordingly, followed by the listing on OpenSea once the changes are saved. 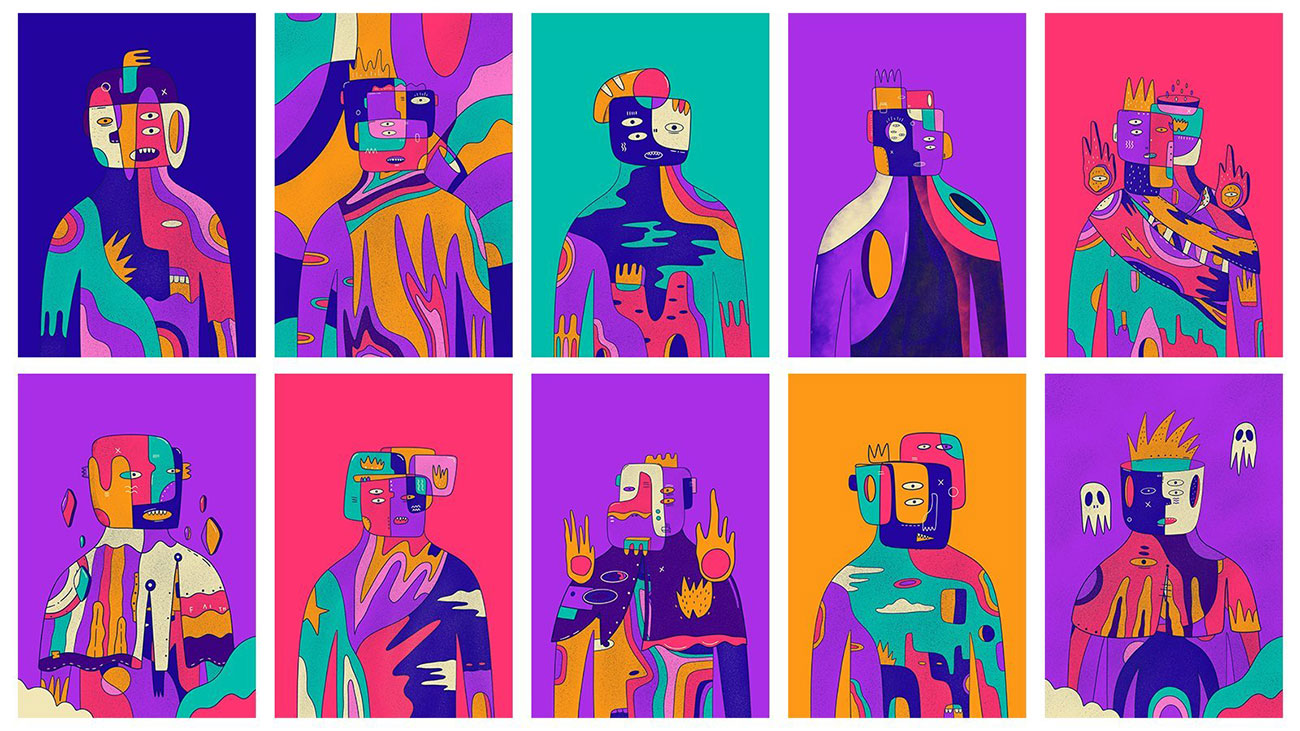 Superlative Secret Society is a long-running NFT project featuring 11,110 characters inspired by primary personality traits. The story tells of metaphysical beings inhabiting the planet Mallaca, who appears to us as pieces of abstract art. The project also features a separate collection called The Repus, which presents the Mallacan warriors in their corrupted form.

Superlative Secret Society offers several utilities for holders, including the opportunity to claim their avatar in the future metaverse. Special holders-only events will also be held each year, and holders are fully entitled to commercial rights for their tokens. 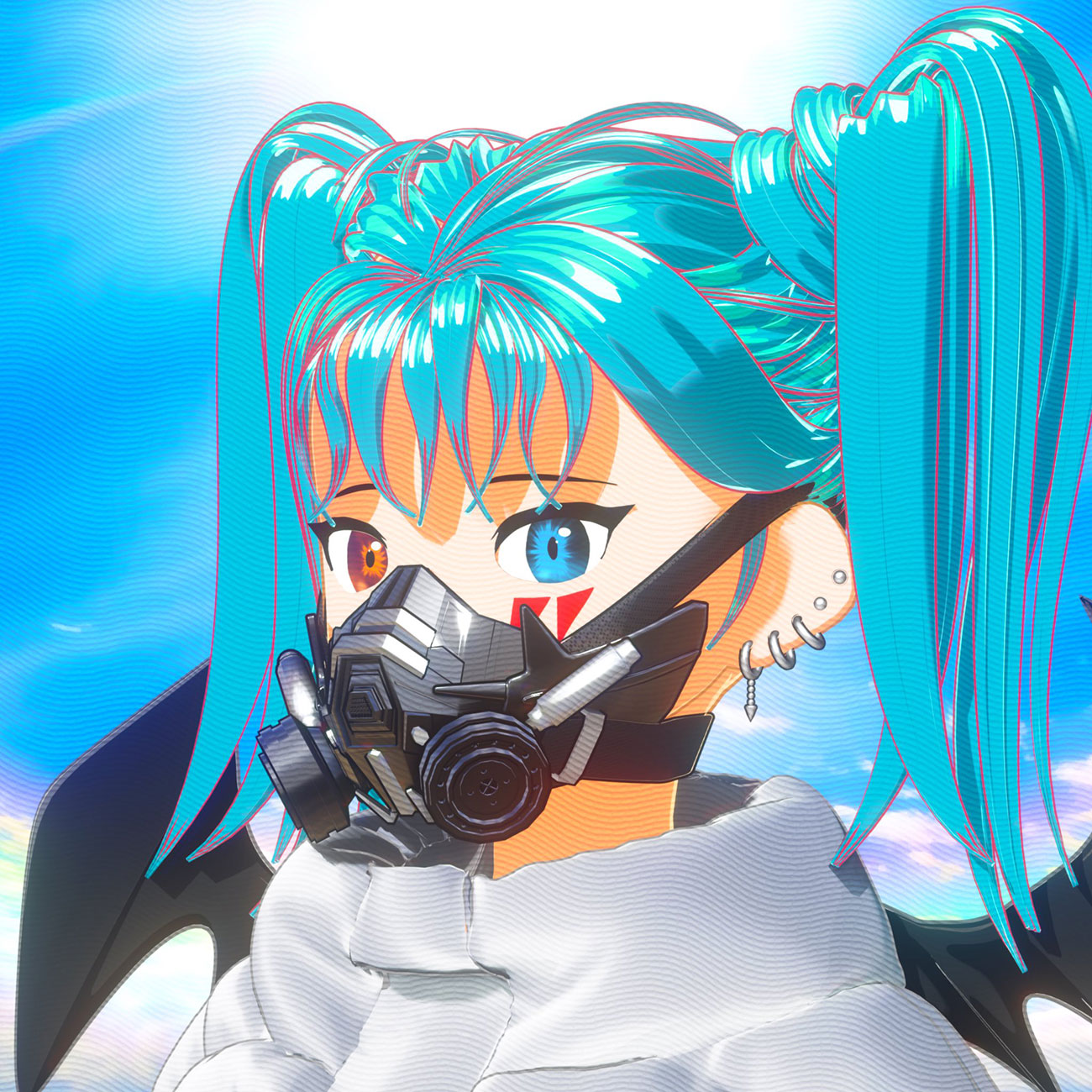 Irukandji is an upcoming NFT project envisioned by Indonesian internet personality, Reza Arap. The collection features 8,888 metaverse-ready characters known as "Kandjis", each with their own name and unique backstory. The project hasn't yet launched and no minting date has yet to be announced, but there is already a roadmap planned that includes an off-chain utility token, exclusive merchandise, and holders-only festival hosted in two countries.