Steam Deck Review Compilation: Is It Worth It?

Does the hype surrounding Steam Deck translate to good experience? Here are what the critics say

Arguably one of the most anticipated gaming devices of 2022, Steam Deck officially started shipping to customers last week. Gabe Newell even got a chance to hand-deliver some himself, and overall, it really shows how hyped up the gaming community is towards the Steam Deck.

The big question remains, though: How does that hype translate to the experience? Is Steam Deck really that good and worth getting despite its awfully long waiting time? Now that the reviews are in, we can finally gauge how the critics feel about Valve's first handheld gaming PC.

Spoiler: It's good, but it also has its flaws.

One area where Steam Deck gets most of its praise is controls. Except for its programmable grip buttons on the back, almost everything feels great, especially its pair of thumbsticks. When talking about this particular aspect, Ars Technica describes it being absolutely robust, and it is "up there with the Xbox Elite Gamepad in terms of travel, tension, and sensitivity."

It's far from perfect, though, and GamesRadar says that "the layout of the controls takes a little getting used to if you've gotten comfortable with an Xbox controller or a PS5 DualSense, but your thumbs quickly adjust to the higher, wider position of the thumbsticks and buttons."

Meanwhile, the grip buttons don't really quite cut it. IGN says, "The placement is difficult for me to grasp with my larger-than-normal hands and I have to contort my fingers into an uncomfortable claw-shape to press them. On top of placement, they just feel bad: the response is soft and the clickiness is weak. Even if the placement were improved, the tactile feel is off-putting." Thankfully, these four buttons are entirely optional.

At 298 mm wide, 117 mm tall and 49 mm deep, Steam Deck is a chunky device. It's both longer and thicker than Nintendo Switch, yet surprisingly, many find it quite comfortable to hold. Still, the fact that it weighs 68% more than the Switch makes it not really suitable for long gaming sessions.

In its review, PC Gamer says, "Holding the Steam Deck high enough to keep my neck happy, I started feeling a twinge in my forearms after 20 minutes of Resident Evil 2 Remake and definitely needed a break before an hour was up. Playing the Steam Deck for long stretches requires more deliberate positioning than with the Switch, which has never given me arm fatigue. Resting the Steam Deck on a pillow quickly became my preferred way to play."

Steam Deck has a 7 inch LCD screen with 1280 x 800 of resolution. Most of the reviews criticize the screen for being a bit disappointing, especially regarding color reproduction. Ars Technica is certain that Steam Deck's screen "isn't up to the color reproduction on the default Switch configuration", and concludes that this is probably one area where Valve was cutting corners in order to keep the price low.

In its review, Rock Paper Shotgun says that the Deck's screen lacks vibrancy, as it "only covers 63.7% of the sRGB colour gamut, about what you'd see on an entry-level gaming laptop." Thankfully, the screen is bright and contrasty enough to keep the Deck usable in direct sunlight. 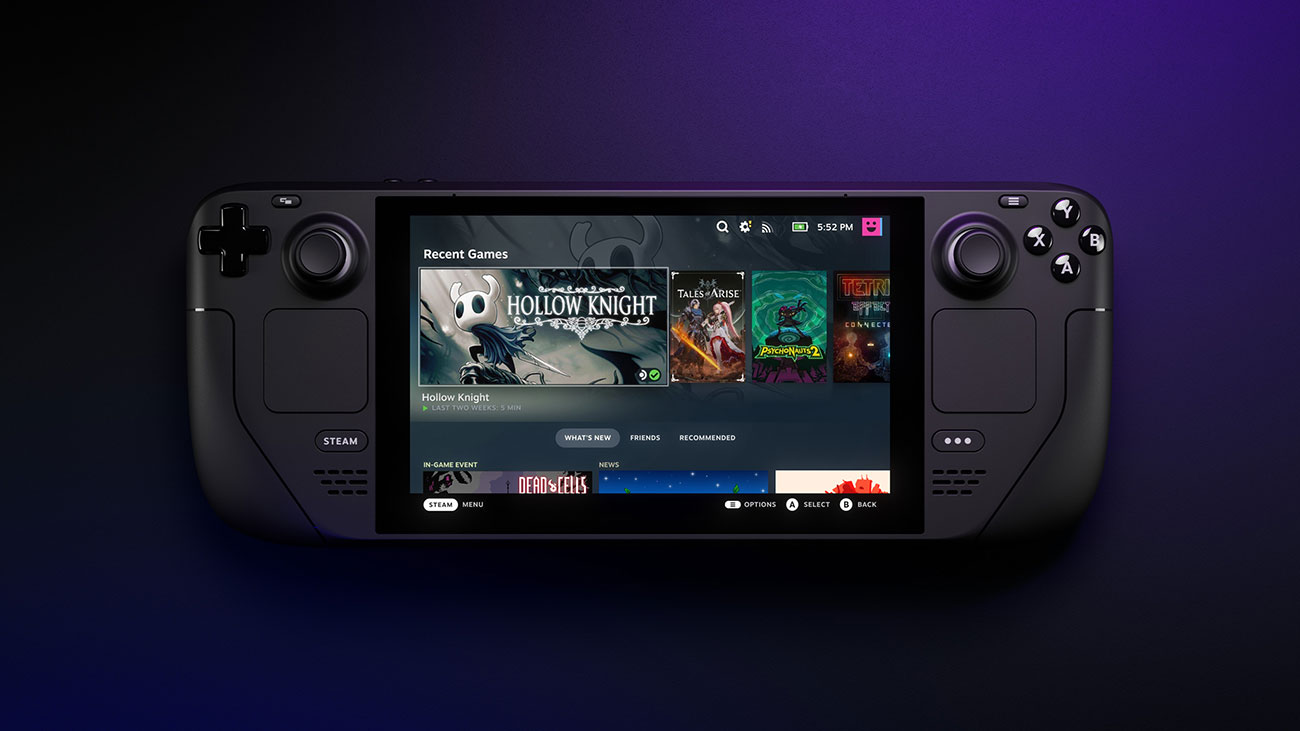 While the screen feels so-so, the audio is top-notch. Tom's Hardware says that Steam Deck's speakers surprisingly work better than many laptops, and that "dialogue in games is clear and music is decent enough." GameSpot is also surprised that the Deck's front-facing speakers "can get incredibly loud without losing much of their detail."

This clearly shows how Valve is really good at applying audio trickery in various devices. For context, Valve's virtual reality headset, the Index, is also praised by many for its excellent audio performance.

At $399 for its base model with 64 GB of storage, Steam Deck is just $100 more expensive than Nintendo Switch. Yet, Steam Deck is far more superior in terms of performance. Thanks to the use of AMD's custom chip with RDNA 2 graphics, it can run some of the newest, big budget games quite well. Games like Dying Light 2 and Elden Ring can run fine on the Steam Deck to some extent.

But that kind of performance also comes with a cost, especially in the battery department. In its test, Ars Technica shows that while playing Dying Light 2 at 40 percent brightness and low-to-medium settings, the game "hovers in the area of 35 - 50 fps", but "the battery lasts only 105 minutes". Officially, Valve claims the battery can last for 2 - 8 hours of gameplay, which makes it a tad more optimistic than what the critics find. 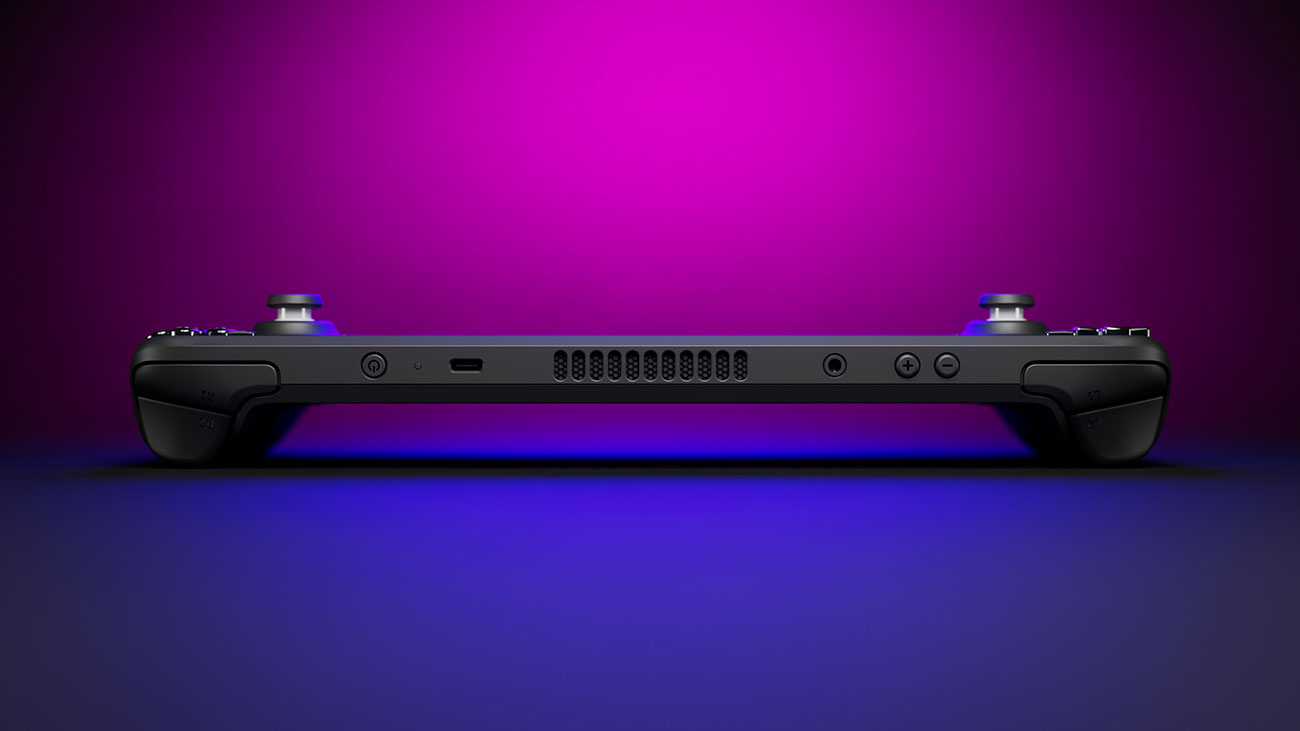 In fairness, Valve actually suggests that players should limit the frame rate at 30 fps in order to get stable performance and practical battery life. In a game like God of War, PC Gamer shows that Steam Deck can run out of juice in just 83 minutes while running it "at an average 51 fps and 50% brightness", but "with a 30 fps lock, that time jumped to around 200 minutes". Another test from PC Gamer shows that Steam Deck can actually run GTA 5 "at 60 fps with high settings and squeeze out two hours of battery life." But when the 30 fps lock was applied, it "nearly doubled the battery estimate to 214 minutes".

So, if you plan on playing for a longer session with the Steam Deck, you should really consider Valve's advice.

Another great insight from PC Gamer is that "the Steam Deck is a great fit for moderately demanding indies like Death's Door and Hades that can't run at 60 fps on the Switch (really any game that the Switch can't run well, which is a long list)." Hades is one of the most controller-friendly games available on Steam, and Steam Deck really excels at this type of game.

In addition to offering good performance, Steam Deck also promises good thermals. The Verge says that the Deck never throttles, and that the grips and controls also never get hot. However, the trade off that players must get used to is the fan noise. As per IGN, Steam Deck's fans most of time "are running at their highest setting", and that the noise is measured to be at about 49 decibel, which is even louder than a PS5. "It's not so loud you can't hear over it, but it's impossible to ignore the high-pitched whine," IGN adds.

Steam Deck runs Linux-based SteamOS, which means that it relies on a compatibility layer called Proton to run games in the Steam library that are mostly developed for Windows. That also means not every game will run well on Steam Deck; some can be played with slight hiccups, some might not even run at all, like Cyberpunk 2077 with its newest major patch.

In general, Steam Deck will run into problems when it tries to run games that have an anti-cheat solution, such as PUBG, Apex Legends, Fortnite, or Destiny 2. As of now, these popular games can't be played on the Deck at all, and the same applies for every VR game, obviously. Your best bet would be playing games that have been certified as "Deck Verified" by Valve, and thankfully, SteamOS on the Deck features a filter that lets you view only those.

A simple solution to this compatibility issue would be installing Windows on the Steam Deck, which Valve makes it really easy to do. Sadly, however, the essential drivers are not ready yet. In its review, Ars Technica says, "While I had the option to dual-boot Windows 10 and Linux during the review period, it didn't feel fair to do so without full OS-level support for things like the CPU, the GPU, and audio playback."

As with most new devices, Steam Deck is rife with bugs. The Verge even calls the software "unfinished", and that using it at this state feels like an 'early access' device. Trusted Reviews also notes something similar, with irritating bugs such as "the on-screen keyboard failing to input words into a search bar and cloud save files failing to sync up with my desktop PC," but thankfully Valve continues to show that it's very good at software support, and that the Deck receives patches almost daily.

To sum up, Valve has been considerably successful in creating a new gaming device category. With its low price point, it's difficult to recommend other similar yet more expensive devices over it. Compared to Nintendo Switch, the Deck is able to run almost all games that are available in both platforms better.

As to who this device is for, GameSpot says that this is a device "purpose-built for a selection of people that already have established Steam libraries and simply want the most convenient and performant way to continue those games away from a desktop." 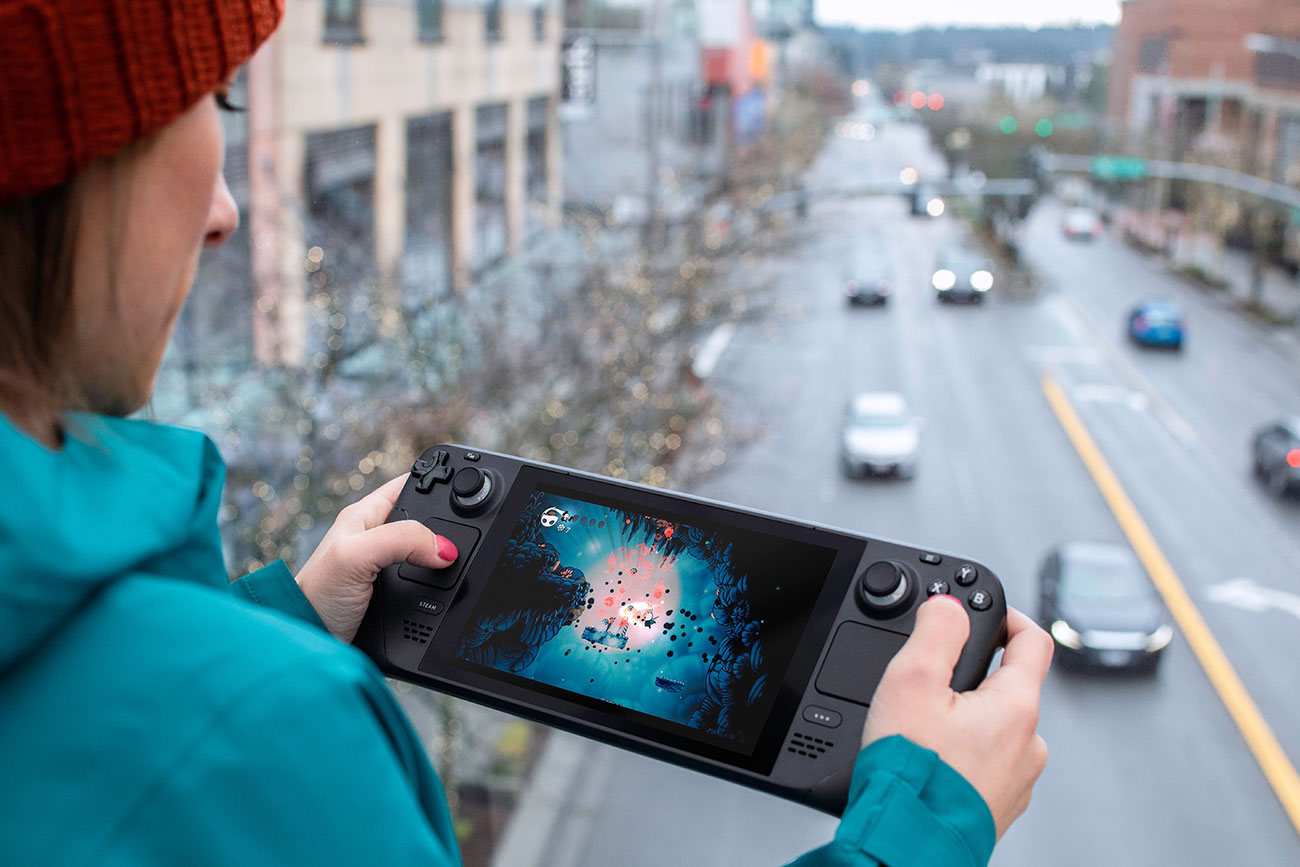 It's not a replacement for a desktop gaming PC, nor is it appropriate to replace Nintendo Switch given that it's way less portable. According to PC Gamer, the Deck sits somewhere in the middle: "It's the turbo-charged Switch Pro that Nintendo will never make, and there are now some games I can't imagine myself playing on any other system."

So, should you buy it? PCGamesN says, "At the very least, there's no harm in joining the queue given that Valve's backed up with half a year's worth of pre-orders. You can always review how far the Steam Deck has come before you submit your payment, and I'll admit that even with the current pitfalls, it might be too competitively priced to pass up the opportunity."