Following a very successful initial land offering (ILO) in May, RansVerse is preparing to hold another ILO on June 30

The metaverse continues to be one of the major topics in the Web3 space, with virtual land sales making headlines every now and then. The latest news came from RansVerse, one of the first metaverses in Indonesia. The collaboration project between social platform VCGamers and Raffi Ahmad's RANS Entertainment is currently preparing to hold a second initial land offering (ILO).

The ILO 1.2, as RansVerse would like to call it, is scheduled to take place on June 30. Starting from 7 p.m. (UTC+7), enthusiasts can purchase plots of land in RansVerse, giving themselves the opportunity to become neighbors of outdoor clothing brand Eiger, as well as the School of Business and Management Institute Teknologi Bandung (SBM ITB), both of which have previously secured their spots in RansVerse.

The first ILO was held last May, with all 546 lands sold out in just 35 minutes. RansVerse also held an auction for a special plot of land that is located next to Raffi Ahmad's land, which was sold for 100,088 VCG (around $3,200 at the time of writing). Just a few days ago, RansVerse conducted a second auction for another special plot of land, and managed to sell it for 75,000 VCG ($2,400). 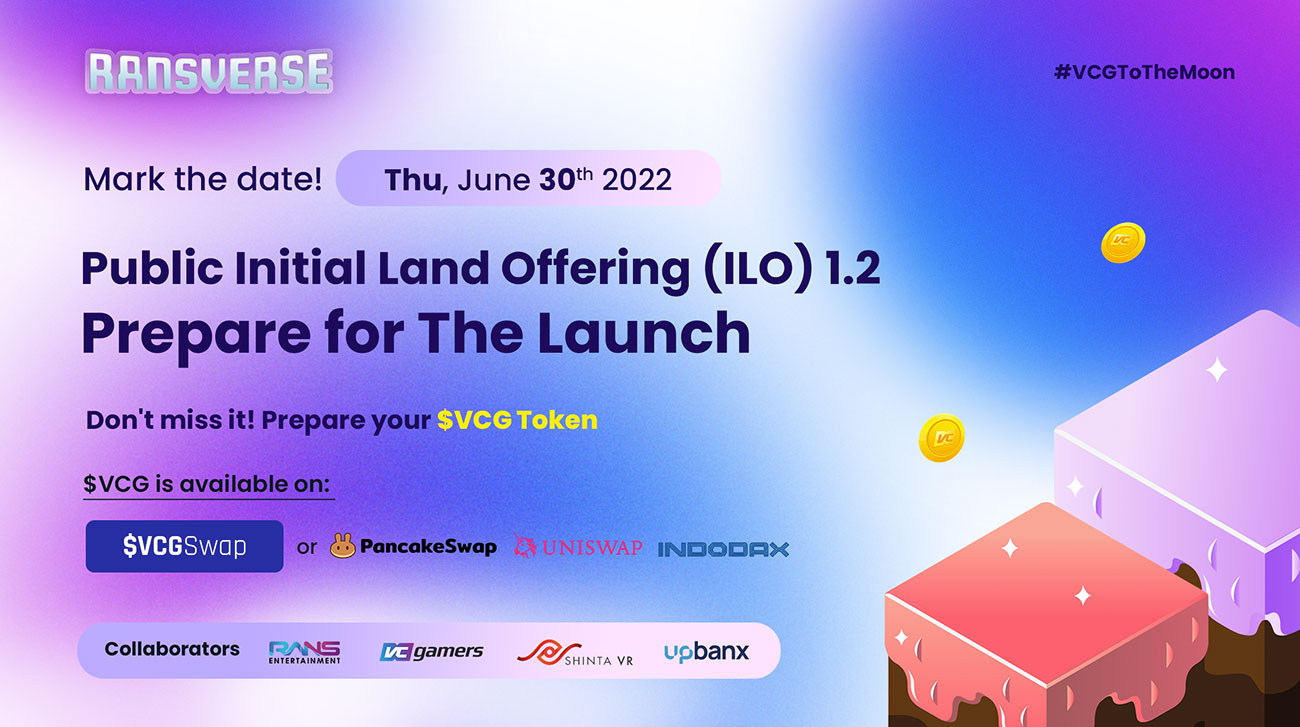 It's not known how many plots of land will be available in the second ILO of RansVerse. The actual total supply in RansVerse is 24,000 lands, and like in many other metaverses, owners are free to do whatever they want with their land in RansVerse. They will have a lot of time to think about how they will develop their land into something exciting for the community.

RansVerse is a collaboration project that involves many big names in the industry. It uses VCGamers' blockchain technology as the foundation, while also marrying it with the promising IP from RANS Entertainment. ShintaVR serves as the metaverse developer, while UpBanx is responsible for payment partnerships and liquidity.