Branded as "Narasi Fakta Terkurasi", Kompas NFT collections will feature several thematic drops based on all news content that Kompas has published over the years

Kompas, one of the oldest news publications in Indonesia, has officially entered the Web3 space with the launch of its first NFT collection. The collection, branded as "Narasi Fakta Terkurasi" (Curated Fact Narrative), will feature several thematic drops based on all news content that Kompas has published for more than half a century.

The first drop is scheduled to come on June 28 to celebrate Kompas' 57th anniversary. Titled "Indonesia dalam 57 Peristiwa" (Indonesia in 57 Events), the collection will feature archives of 57 cover pages from each year (1965-2022) of Kompas newspaper, which contain news on prominent landmark events, for example the death of Soekarno in 1970, or the fall of Soeharto's regime in 1998.

Each NFT asset comes in the form of an image of the newspaper cover page, alongside a short summary and relevant metadata on the back. Holders will also receive the digital archive of the entire newspaper issue in a downloadable PDF form.

Kompas' NFT collection will live on the Ethereum network, and the company cites Ethereum's popularity among Indonesians as the main reason it became the blockchain of choice. Kompas also acknowledges Ethereum's effort to reduce its carbon footprint as another consideration, referring to the blockchain's plan to move to a more energy-efficient proof-of-stake consensus model. 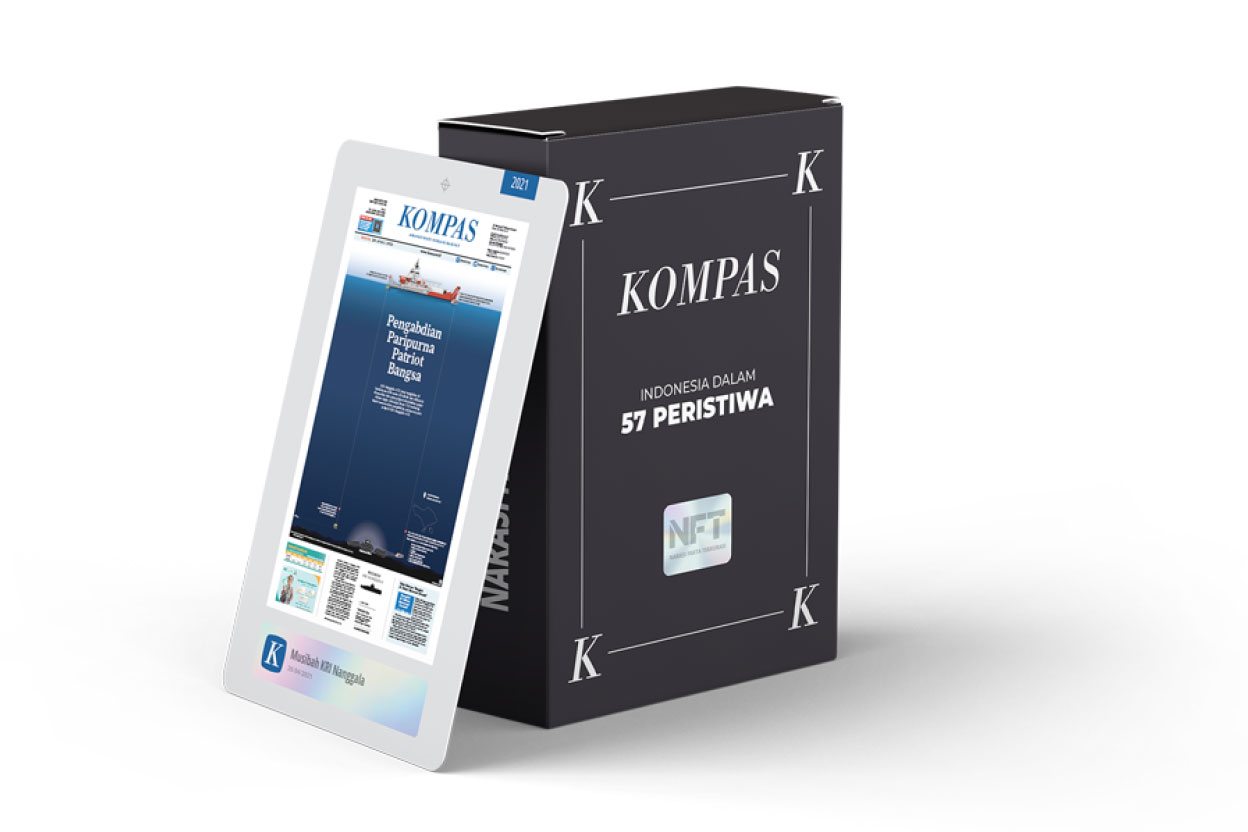 Kompas will sell each NFT asset in this first drop for 0.1 ETH on OpenSea. Holders are free to sell the NFTs on secondary market, of course, and Kompas will take a 10% royalty each time. However, some of the utilities being offered are only redeemable once, such as a 12-month subscription to Kompas Digital (for 5 accounts); a 30% discount for Kompas' book and merchandise purchases on gerai.kompas.id that is valid for 12 months; a free entry for one class session at Kompas Institute and a 30% discount for all membership fees for 12 months.

Kompas is planning to release more thematic drops in the future, followed by a content exhibition for each drop that can be accessed by the public on the official site for Kompas NFT. The company intends to hold around four content exhibitions each year, with plans for conducting an offline, physical version of them.

Kompas' NFT debut marks the first time a major journalistic body in Indonesia made a bold move into the Web3 space. Kompas Gramedia, the parent company of Kompas, is a large media group covering many businesses in Indonesia, and it comes as no surprise that the company is leveraging its ecosystem of products and services to offer compelling utilities for holders of its NFTs.