Cadenverse is building a platform where indie artists can turn their songs into NFTs, which will then be used in music games

Fighting for exposure on streaming platforms has been one of the major struggles for a lot of musicians, not to mention the fact that they need to split royalty fees and other monetary gains with record labels, distributors, and other third parties. To overcome these problems, lately some musicians have turned to NFTs, while others, like Vietnamese startup Cadenverse, saw this as an opportunity to build a decentralized platform that enables musicians to utilize NFTs.

Cadenverse is described as a platform that connects indie artists with the gaming market. Yes, you read that right, gaming. It looks to turn songs into playable game levels using a scalable technology called Musicad, which is able to identify song highlights and create beatmaps that can later be adapted to different game logics.

Each song will be minted as an NFT, with smart contracts defining its entire royalty scheme, so that every usage of the song is tracked by the blockchain infrastructure for full transparency. These so-called "game song NFTs" will be made available through Cadenverse's own games and third-party music games.

The first game in Cadenverse's long-term plan is a play-to-earn game called Looper Band. It offers simple gameplay that is designed to help players develop their music listening skills in a fun way, while also letting players battle with each other, as well as mix and create new songs. Alongside the game song NFTs supplied by indie artists, Looper Band will also have another NFT component in the form of customizable avatars. 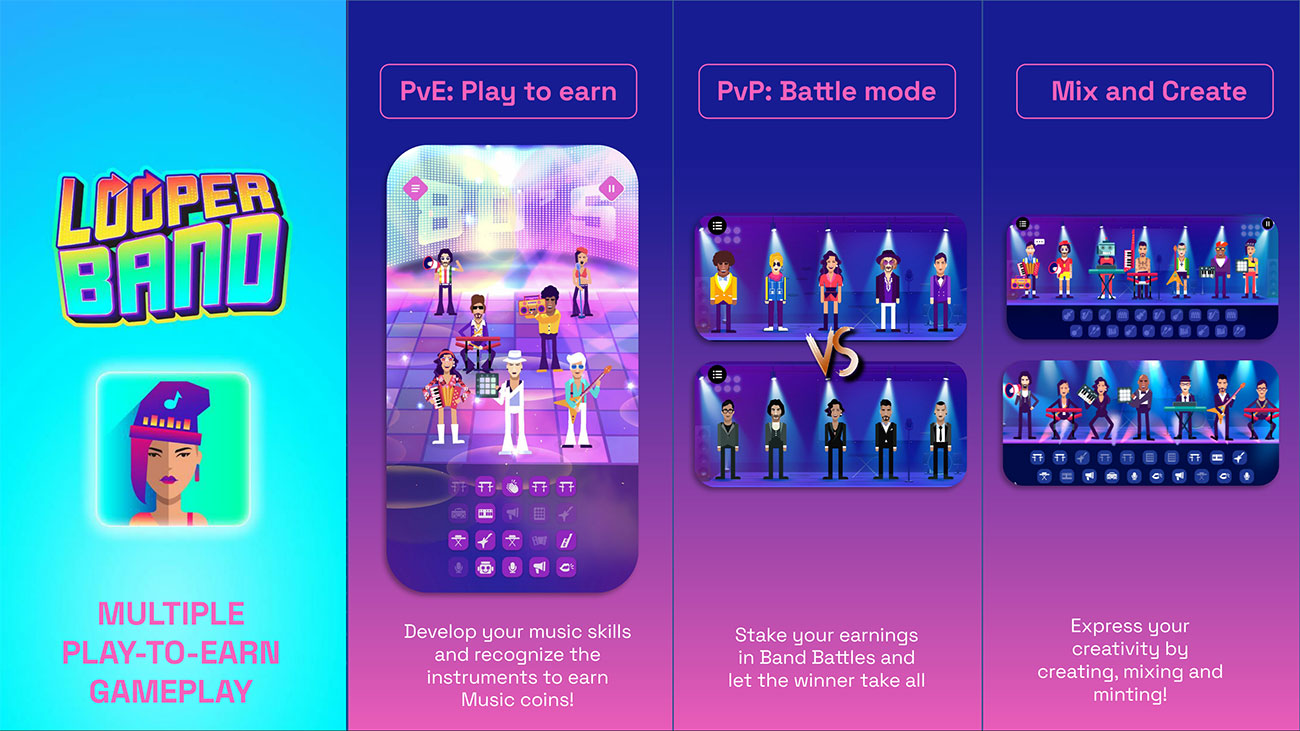 Cadenverse is a spin-out of Vietnam-based music game publisher Amanotes. The company's founder, Vinh Hoang, was the former Head of Game & Simulation at Amanotes, giving him ample experience in the music game space. According to Tech in Asia, Cadenverse has recently secured a $4 million seed funding from a couple of investors, including Amanotes itself.

The fresh capital is expected to be allocated for accelerating product development and user acquisition. Cadenverse is looking to partner with 100 artists by the end of 2022, and onboard Amanotes' existing user base onto its platform as well.